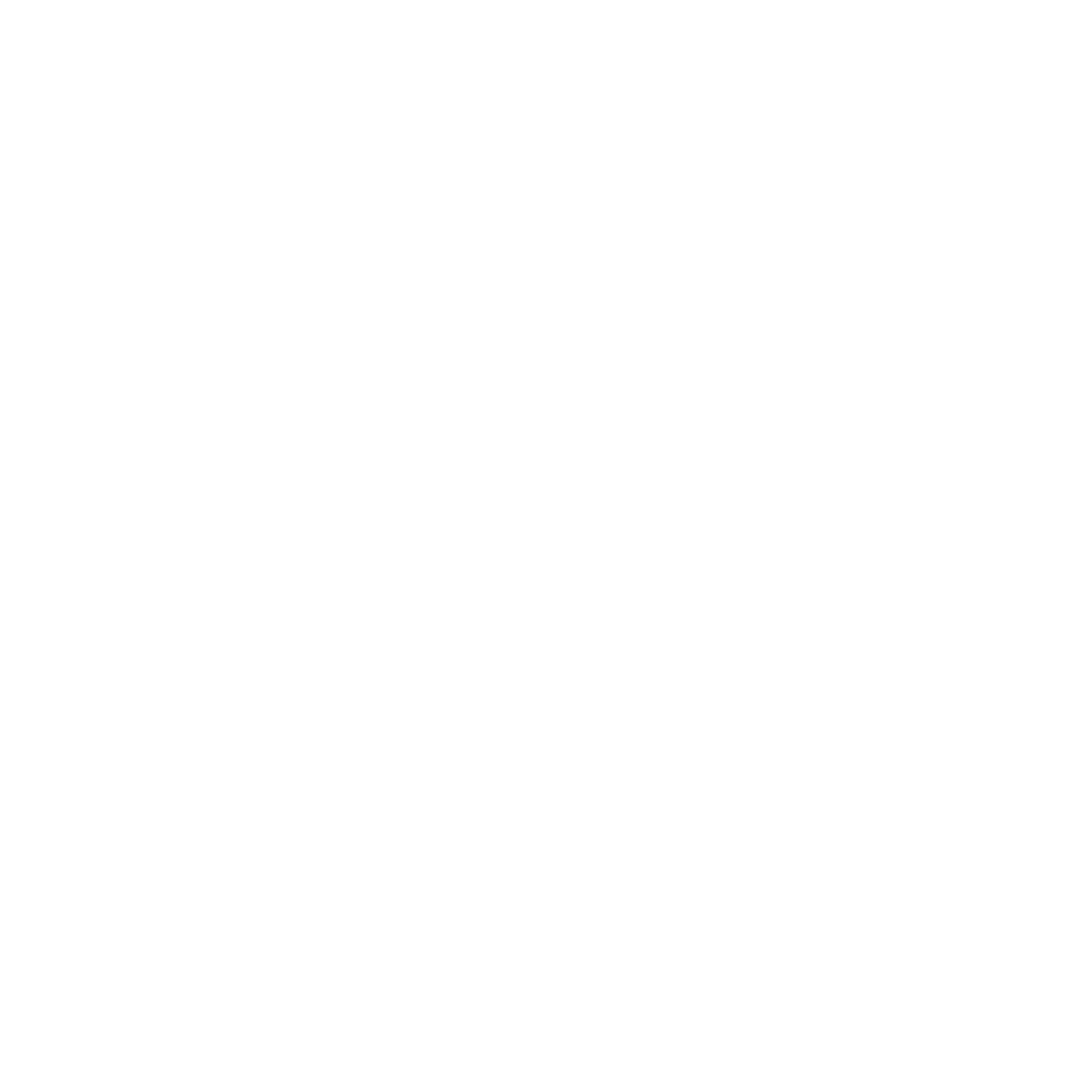 Virgo starts on August 23 until September 23.

Isis was the sister and wife of Osiris, the god of death. When Osiris was killed by Seth, Isis assumed the form of a falcon, landed on him, resurrected him, and gave birth to Horus, the sun god. Later, Isis should separate from her partner, but she remained revered as the Great Mother, servant of humanity and fertilizer of the earth. We therefore have an archetype that cares for and helps others.

Furthermore, this idea of ​​fertility connects Virgo with other goddesses such as Ceres and her Greek equivalent Demeter, both goddesses of agriculture. That is why Virgo is related to the harvest, to the gathering: Virgos are excellent workers, fabulous discoverers of resources, capable of obtaining fruits where others would only find dry land.

Some authors also link Virgo with the myth of Persephone. Persephone was the beautiful daughter of Demeter. She was very attached to her mother, always living under her skirts and without separating from her; she therefore remained single, and well protected. Then one day Hades, the god of the underworld, appeared, fell in love with Persephone, kidnapped her and took her to hell to make love to her. Obviously, when Persephone returned to earth, she was no longer the same: she had become a new woman, stained and free.

It seems, therefore, that some Virgos use a childish attitude of fear, withdrawal and overprotection in order not to face life and their true potentials. They remain metaphorically attached to an illusory mother, in a realm where everything remains clean and orderly. Of course, it’s only a matter of time before Hades breaks in and forces them, by any means necessary, to discover and accept the importance of chaos and flaws.

If Leo, the sign that precedes him in the zodiac, faces the world by boasting of himself, Virgo does so from the awareness that the world is an obstacle to which it is necessary to adapt, a frame of reference through which he can learn to be effective and a reality to which he must serve. From the arrogance of the negative Leo to the submission of the negative Virgo. From the attempt to be self-sufficient in Leo we move on to being totally efficient in Virgo, which justifies its existence based on its effectiveness to move in the world in the best possible way.

Virgo needs little social recognition of the quality of their work: their sense of accomplishment is based on the assurance that they have done their homework well. Many are very fearful and cautious when it comes to facing the world, as if Leo’s egotism and childlike exuberance have faced their first serious defeat: once punished, he becomes cautious. This feeling beats in the soul of many Virgos. On the other hand, and in terms of his behavior, when he is subjected to social pressure, he can be one of the most conformist signs of the zodiac.

This is not to say that all natives of this sign are shy, insecure or conformist. But Virgo represents as an archetype, within the evolution of the zodiac, the individualism of the Leo tempered by the confrontation with external needs and obligations, and he is as capable as any other sign of being strong and successful. Being Virgo does not influence whether you are successful or not, but how you achieve it.

This sign does not have a lot self-confidence to go on, nor will it ever try to deceive anyone into believing that it is what it is not. Virgo is a sign of effort and work, striving to achieve what many Leos are convinced they possess: perfection. Self-criticism and self-analysis are the keys to perfection, and Virgo can be ruthless in judging himself when he fails (and sometimes it is also when others fail).

Virgo is a mutable sign, so unlike Taurus, who almost always faces the world as it is, Virgo tries to change itself and ultimately change the world. For these natives, success in achieving change is important.

Virgo is not interested in being a boss, but he is interested in feeling effective. This sign always thinks that things can go wrong, even with the best of plans, which worries them much more than most signs. In an effort to control the situation by not letting anything slip away, he tends to focus on the details. This makes it a good sign for analysis, but not so much for getting an overview. The trees may not let you see the forest.

His concern for order may also cause him to become extremely neat in his personal habits, although if he cannot achieve perfect order, he is likely to give up on it altogether. Otherwise, the sign is moderate in most things (or should tend to be).

As for his concept of beauty, his condition of being practical and earthy makes him little patient with non-functional beauty, that does not serve any purpose. The overblown aesthetic or the one that does not have a clear and concrete purpose is dismissed, as well as the one that is not moderate or refined.

Within the zodiacal order, Leo precedes Virgo. The horoscope offers us one of the most enormous leaps: in Leo, the native feels unique, special, and self-sufficient. It is loved and considered a king or a god with all the laws, because each of us has a unique and genuine essence that we must know how to cultivate and expose with joy. However, now, in Virgo, the subject becomes aware that he is not alone and cannot do whatever he wants. What’s more, he realizes that he belongs to a gigantic system made up of tiny concrete pieces, each with a specific mission that allows the rest to function. And what does Virgo do then? He bows his head, accepts his smallness and gets down to work.

Virgo is usually humble, discreet and not very fond of applause. He prefers to move in the background and let others take the honors. Despite his incredible efficiency, he tends to have a poor self-image, his self-esteem fails, and he can be overly self-critical. Only as time passes – Virgo is a sign of old age – does this archetype learn to love itself and also to relax and enjoy more.

Opposite Virgo we find Pisces in the zodiac. Pisces represents chaos, laziness, the intangible, the spiritual, intuition, credulity, indolence, and the irrational. Also poetry, dance and addictions. To balance these energies, Virgo refers us to order, work, responsibility, skepticism, the tangible, the measurable and reasonable. It tells us about the left hemisphere, logical analysis, writing, speaking, studying, and renunciation. All in all, both signs bear a powerful karmic weight and possess incredible healing gifts: if Pisces heals the soul, Virgo heals matter.

In addition, as the signs are polarized, it is quite common to find overly rational Pisces and Virgos who live in disorder and bohemia.

Virgo shares with Gemini their ruling planet, Mercury. Unlike the Twins, here Mercury is found in a night address, which infers a more unconscious use. The truth is that the winged and playful god, the representative of the intellect, communication and our way of understanding the world becomes much more serious and cautious in Virgo. In any case, he is a super intelligent, curious native with admirable mental and verbal agility.

Both Geminis and Virgo need to bond: thus, Geminis spend their time putting pieces together with a playful attitude, for the sheer pleasure of assembling and disassembling. Virgo, however, is interested in putting parts together that follow a certain order. It is a very methodical sign, attentive to rules that it discovers, perpetuates and optimizes.

Virgo is an earth sign, feminine polarity and mutable quality. The earth is a practical energy, away from spiritualities and fantasies, focused on the earthly, on the palpable, on what is experienced through the senses. Being an earth sign, in addition, he lives in a strong connection with his body. It will be linked to the body through hygiene, health and a compulsive analysis of the different parts and processes. And although, in general, the earth element has a conservative character, it is true that Virgo – perhaps because of its ruler and because of its perfectionist nature – points towards progress.

On the other hand, its feminine polarity indicates a certain tendency to introspection, reflection and passivity. Mutability allows natives to adapt through a flexible and, indeed, very nervous character. It is what Virgo has, that behind its apparent coldness, hides a tumultuous head, overwhelmed by ideas, possibilities. Thinks a lot. Maybe too much.

What happens to him is that he enjoys exquisite tastes. And, as Liz Greene would say, it represents the image of “a free woman who marries, first, her inner being and, second, her husband,” that is, she needs to pay tribute to her own inner fidelity before surrender. His meticulous character makes him a great explorer of the body, its secrets and nuances. And let’s not talk about her overflowing fertility: in the driest of deserts, Virgo discovers an oasis.

It is typical of people who know how to take advantage of the efforts of others who, on the other hand, do not have the strength to carry them out.

He is highly mental, intellectual, and makes practical sense.

He is humanitarian for the fact of fleeing violence. They hate giving bad news, but fate leads them to have to do it and for this they take great detours until they expose it.

They have an innate grace for caring for the sick that gives them their mental ordering and makes them feel at ease with their care in a short time and they do not want someone other than themselves to take care of them.

It is typical of the middle class. Purity in the internal sense, with tendencies to save and as a general rule they are never giving. Savings are considered sacred and they prefer anything to spending.

They are logical people who are difficult to get carried away by impulses and always look for the causes and effects of any option before acting.

They are perfectionists and detail-oriented. At the same time, they know how to detect their flaws and weaknesses in others.

They like to give themselves to others and they do it in a selfless way and without the need to brag like others, they are rather discreet, shy and do not like to attract attention.

They are sweet and kind people and have a special sense of humor if they are balanced. They like to do favors, although they usually don’t ask.

In general we can say that they are: demanding with others and with themselves, analytical, with a critical sense, insightful, practical, meticulous, orderly, efficient, neat, forward-looking, modest and with a conscience of service.

His practical sense is often exhausting and he only learns what is good for him by inhibiting himself from the rest.

He is such a perfectionist that sometimes he gets lost in details and unimportant things.

They can be neat in exaggeration, becoming infuriatingly maniacal.

They can go from humble to serving you.

They are uncompromising with dirt, vulgarity, sentimentality, idleness and neglect.