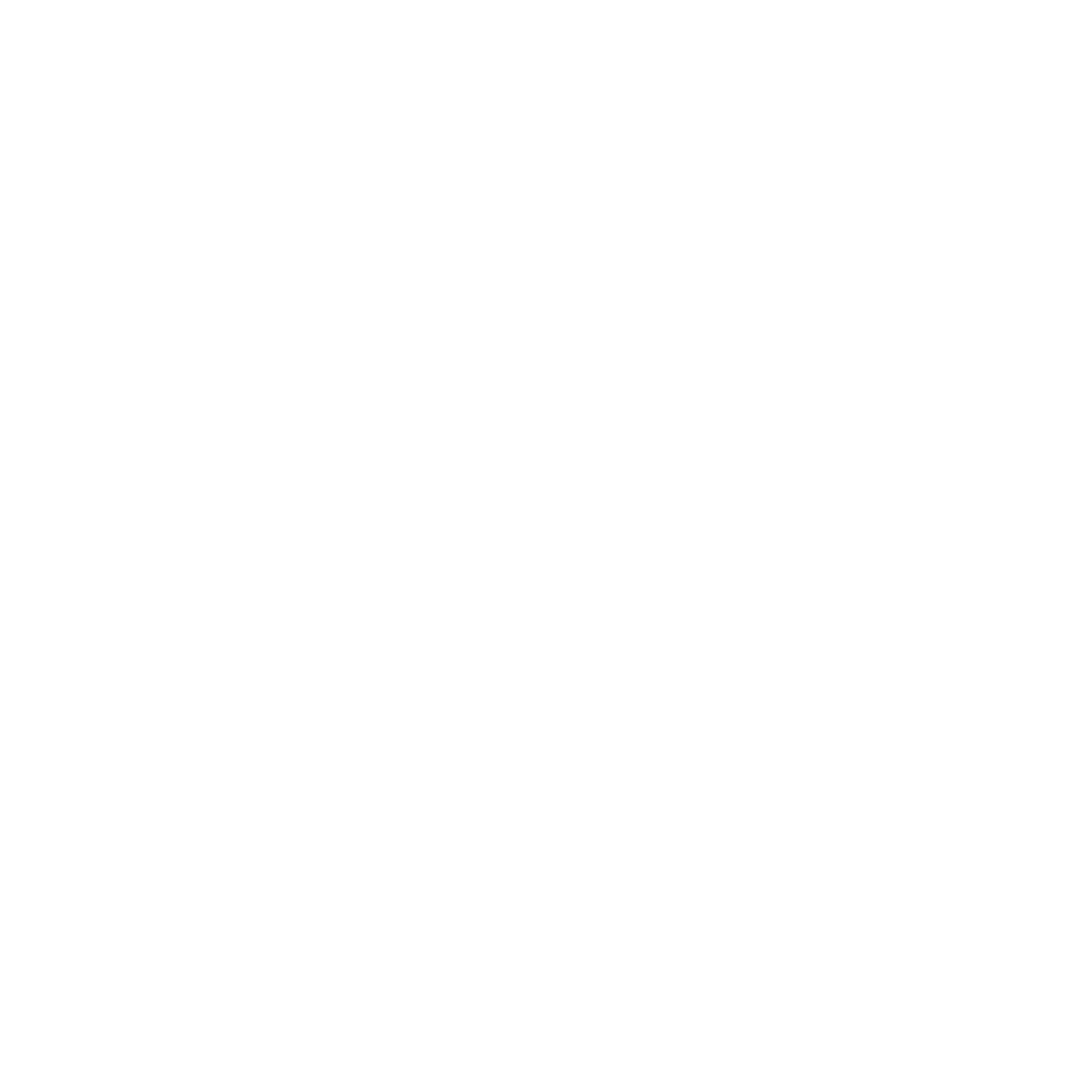 It is said that the first assignment they made to Hercules was to kill the Nemean lion and strip him of his skin. The lion terrified the population and Hercules confronted him with various weapons (bow and arrows, an olive club, a bronze sword). It didn’t work for him.

In the end, he cornered the lion, forced him into a cave and there, in the dark, he was able to strangle him. Many have linked this myth to the lion archetype: the lion would represent the ego, which every native of Leo must learn to master. External weapons are noy useful; the battle takes place hand to hand, alone, in the darkness of the cave.

Other authors relate it to the myth of Perceval who set out in search of the Holy Grail and almost succeeded. During his adventures, Perceval encountered the Fisher King. This was a crippled monarch who was guarding the Holy Grail. Then, Perceval did not ask the sovereign the proper question. He was not able to ask humbly. Another of Leo’s pending tasks: to become a humbler being.

In addition, it should be remembered that the ruler of Leo, the Sun, represents light, the visible, the exposed. The darkness is difficult for him, he will tend to avoid it. Thus, Leo must learn to face and accept that there are facets of his life – and that of others – that are deep, subconscious, less luminous, twisted and difficult to govern.

According to the zodiacal order, Cancer precedes Leo. The crab represents home, the family, the protective nucleus for the dependent person to develop. Without nutrition and cancer shelter, every newborn child dies. Now, in Leo, the creature has grown into a wonderful teenager. Overflows with vitality.

He feels like he wants to go out and show the world what he is capable of. And that’s what Leo does: he says goodbye to the family and leaves in search of adventure and love affairs; a little arrogant, emboldened and, on more than one occasion, a little immature.

With Leo, the basic structure of the individual is completed. This can be seen in the fact that this sign is one of ego development and self-confidence, with a strong need to express themselves and to be admired, and uncompromising about their personal integrity.

Although it represents the complete entity in terms of its basic structure, it is still socially incomplete, since it is still centered on itself and on forming a solid ego. He is like the child who has just achieved something new and is not happy until the adults around him do not realize it.

Although throughout history human beings have achieved the same thing, for the child the achievement is new and fascinating. This is the basic psychology of the lion principle.

This sign wants to be a source of energy, the provider not only of its own achievements but also of others. This may presuppose arrogance, but if his needs for personal self-expression and being himself are met, Leo is someone who behaves energetically and with respect.

Leo is a fixed sign, therefore, it is persistent and can even be stubborn.

He begins to be aware of others as part of his environment, although he is only willing to deal with them if they allow him to take center stage. He continues to have self-expression as his main motive, and the more he is allowed to be himself and the more they feel accepted as he is, the better he feels.

When he gets what he needs, that is, when he is allowed to be totally, completely and authentically himself, he is one of the most admirable human types.

As a fixed sign, Leo has a tendency to stabilize the energy of the planets located in it. In this way, it makes them work steadily and inexorably.

Therefore, it is strongly linked to youth, that enthusiastic period of exalted and melodramatic emotions. It refers us to the summer heat. The love. To partying and vacations.

Continuing with the wheel, opposite Leo we discover Aquarius. The water carrier symbolizes the unforeseen, the breakdown of the established, anarchy and the sacrifice of the ego for a community good. As a contrary sign, Leo refers us to order, monarchy and the exaggerated expression of internal brilliance.

In reality, these are two quite transgressive and individualistic archetypes that, however, need the group: Aquarius to achieve their ideals, Leo to obtain recognition.

As Leo is a very wise archetype, he recognizes this divinity within himself. He understands that he can and should command. Now: according to aspects and personal development, the native lion may become the fairest, wisest and most generous of kings or the meanest.

He is a charismatic, sincere, energetic being, who attracts others and in turn warms and stimulates them. It therefore has a centralizing tendency; organize and unite the groups. They are also said to be excellent motivators. They are the “coaches” of the zodiac.

So we have in Leo a very powerful, centralizing, self-expressive sign. His self-esteem is unbeatable: he is fascinated by himself. Consequently, part of your psychology will be motivated by this need to share his adored inner self with others. He does so by exposing himself, creating, seeking to impress and be recognized for his creations.

This is where his great learning begins. He is a youthful, immature energy. Part of his task will be to let go of adolescent cravings and, above all, to break that dependence on external evaluation. If not, the arrogant, deified, self-centered lion will appear. Being capricious and superficial. Extremely unsafe. Hypersensitive. And, above all, very lonely.

Leo is a sign of fire, masculine polarity and fixed quality.

Fire represents an idealistic, intuitive force, focused on the future and action. Fire is always masculine, that is, it implies an eccentric movement that does not intend to attract results but to start to achieve them.

As a fixed sign, Leo refers us to stability, concentration and fullness. Its mission is to conserve and perpetuate energy at a certain level. Leo burns. Constantly. No more no less. That is his state.

This fixed feature gives the sign a lot of persistence, fidelity and even stubbornness.

He may be inflexible and tyrant, but it is true that he fulfills his objectives.

At times, natives of Leo – or with ascendant or strong Leo in the chart – can be dazzled by the father figure. They place the father on a pedestal. They deify it and pay tribute. The opposite cases are also repeated: the lion hates the father, does not consider him a figure of honor and rejects him almost insanely for the rest of his days.

In one way or another we can affirm that Leo, as an archetype, can be an excellent father. Most likely, life allows him to play this role: either with his own children or with students, colleagues, the work team or even those who may act as subjects.

They are sentimental, passionate and inclined to fell in love.

Leo symbolizes the joyous glow of one’s existence, the magic of self-expression.

They have a noble and frank character, a lot of activity and energy that makes the native feel magnanimous and optimistic for the benefit of others.

They are generous and splendid people in spending. It is very possible that the money acquired is already previously destined for their investment. They are extremely wasteful in spending.

They are characterized by a clashing and somewhat garish taste in clothing and ornamentation. They have a good control of themselves and they are faithful to friendships.

They have great vitality and they are very dynamic. They love to organize the lives of others and the truth is that they know how to do it well and the advice that remains is usually adequate, they have this great capacity.

They are generous and kind and if they can help they do so, they do like to be recognized for the gesture.

We will rarely find a Leo who is shy, he has a strong character, he is optimistic and likes to attract attention and be the center of situations. They are a bit comedic and theatrical.

They like to live well, they are attracted to luxury. And sometimes this can lead to excesses.

Their opinions are usually clear, firm, although it is difficult for them to change their opinion, they know they are right, and it is very difficult to make them change.

In general, we can say that Leos are: creative, vital, optimistic, open-minded, magnanimous, willing, ambitious, frank, with organizational skills and high aspirations.

The native of Leo can be ambitious without restraint, be a dictator, tyrant and extremely angry when the aspects are not favourable to him, aggravating these circumstances by a strong vanity.

When he gets angry, he usually explodes in a fit of rage, just as they turn on and get out of control they calm down and there is no resentment.

They can be very proud and they can step on those around them to feel superior and reinforce their ego.

In general, we can say they are: intolerant, pedantic, dogmatic, paternalistic, despotic, ostentatious, vain, proud and they like to attract attention.