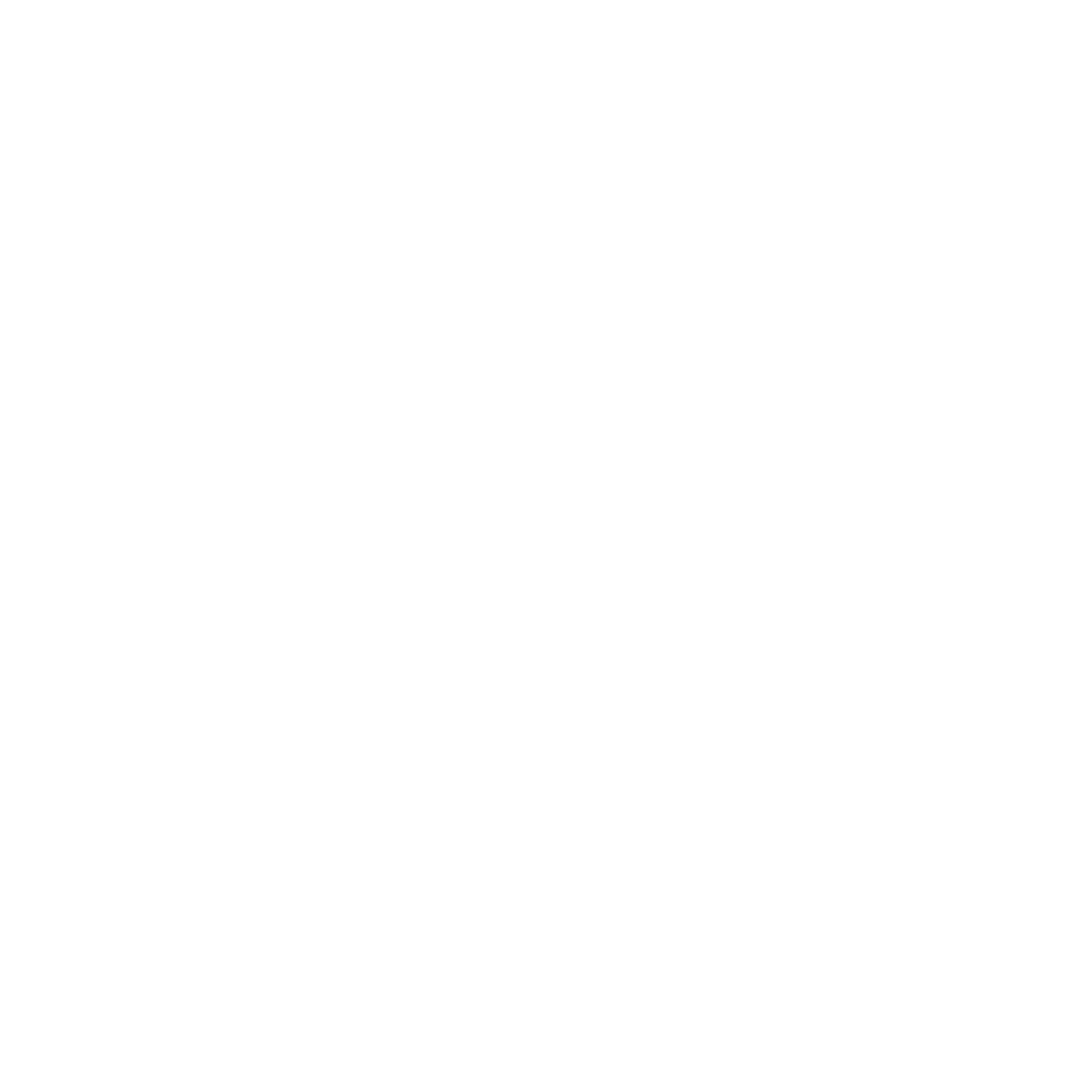 Scorpio starts from October 24 to November 22.

Scorpio is one of the worst understood signs of the zodiac, and also one with the worst reputation. Normally it is associated with serious, deep and negative topics, but according to the evolutionary scale of the zodiac, Scorpio, that is, the confrontation with what everyone wants to avoid or what is taboo, is a previous step to be able to see God in Sagittarius. It is not possible to have an experience of transcendence and spirituality if before one has not gone for a walk through his own sewers and has assumed the dirt that one carries inside.

It represents the ego’s first confrontation with death. It completes the process that began in Libra, where the individual entered into a dialogue with another person, but the two remained separate entities. In Scorpio, the two merge into one on an emotional level, and this is the first form of death of ego.

Somehow, Scorpio yearns for a mystical transformation, very much in the style of Pisces, but with the difference that Pisces denies the physical condition of the self, while Scorpio drowns in it, assumes that condition and wishes to transcend it.

Within the chronology of the zodiac, Scorpio is preceded by Libra. During the journey through the sign of the Balance, the person becomes aware of the other, discovers a sense of justice and aesthetics, community norms and, of course, associates. Now, with Scorpio we take another step: we share intimacy with the aforementioned partner or couple. To understand this evolution we can use another metaphor: Libra shows the famous couple on the cover of the magazine; two beautiful people, smiling and a little fake. Scorpio teaches us that same couple when the photographers took off and they are alone. Then everything private, the secret, what happens from the inside arises. The situation changes drastically.

Scorpio has two ruling planets. Mars – linked to Aries, planet of war and desire – and Pluto – the god Hades of the Greeks, the invisible, lord of the dead. It is a very warlike, dark and hidden sign; an emotional warrior with a lot of power, but invaded by fear and extreme contradictions.

To describe Scorpio – and the rest of the Water signs – a cartographic metaphor could be used. With Cancer we discover the river that springs, nourishes and delimits territories. In Pisces the mysterious and infinite ocean awaits us, the Sea of ​​Nun as the Egyptians used to say. With Scorpio, we find stopped waters, those that hardly find an escape route: lakes, ponds, swamps, sulfurous ponds that smell bad but, simultaneously, heal.

It also helps us to understand any archetype, to analyze its opposite sign, as well as its position within the order of the zodiac. The opposite sign to Scorpio is Taurus, which has to do with self-worth, own resources and belongings. Scorpio, therefore, tells us about what we do not have and what we want; what the other owns and yet we can manipulate.

Scorpio is a sign that feels the relative nature of all things, and therefore he will declare without restriction that there is no difference between good and evil, and the result will be that they he is misinterpreted. That is why many Scorpios have something of a unmasker complex of what they see around them as false or hypocritical. The previous step of the zodiac, Libra, is necessary to function in society, since social forms are basic to function with people, but when they become paralyzed, like any other zodiacal archetype, they constitute a problem for consciousness. Scorpio sees life as a series of deaths and transformations, hence it is difficult for him to accept forms that do not understand this fact, and instead of trying to avoid these experiences (the Libra archetype), he rushes headlong into them, to experience the revival they produce.

On an ordinary level, this manifests itself in a vocation to live intensely. Nothing has to be done superficially, but one hundred percent, even if the result is painful, because for this sign it is preferable to feel bad than to feel nothing.

On the other hand, he loves mysteries. He enjoys digging deep into a problem or person to see what’s going on inside. Hence, Scorpio works well in research, inquiry or psychotherapy, and the latter for two reasons: delving into the psychic and having the opportunity to help others to transform internally.

It has been said many times that it is a very sexual sign. However, the deep Scorpio does not usually seek pleasure for himself (this is more of Taurus), but the transcendence that is achieved through pleasure. Orgasm offers one of the few experiences of death and transcendence of the ego, accessible to the ordinary human being. And also, one of the few experiences in which you have the simultaneous experience of death and supreme ego gratification, something that the other signs of the zodiac tend to avoid. No matter how attractive and sexually appealing the couple may be, love that does not contain elements of drama or emotional intensity will not last.

Scorpio is very sensitive and is easily hurt, but unlike Cancer or Pisces, it will fight if it feels hurt, and often fiercely.

One of his great difficulties is that he feels emotions so primitive that they resist to verbal communication or intellectual analysis. Also, much of his knowledge is very difficult to express because it goes beyond the common understanding of people. Often, when Scorpios try to communicate what they see or feel, they are misinterpreted, so they tend to be silent and prefer misunderstanding over communication failure. If you are unsure of yourself, you may react to misunderstandings by blaming yourself, suspecting that something is wrong with you. You do not usually realize that those “bad” thoughts are also held by others, although perhaps with less intensity. Hence the famous caution of this sign.

This, too, explains why many Scorpios seem pensive and self-absorbed. Since it is a fixed sign, neither positive nor negative feelings are easily extinguished. He is said to be vindictive, but he is also slow to get angry. If he are not repeatedly hurt or insulted repeatedly, he is neither more vindictive nor more spiteful than others.

Scorpio is a sign of the water element, feminine polarity and fixed modality. The water element always refers to the emotions, so we are facing a very sensitive sign. As its quality is fixed, it tends to accumulate feelings, to encase and concentrate them to the maximum. That is why it is considered a sign of emotional attachments and that it is difficult for him to let go.

Scorpio perceives the world in a kind of continuous crisis where everything is born and dies at the same time. Thus, it is said that the lives of these natives are marked by great crises and transformations.

Bearing such a crude reality is not easy, hence we find in many a pessimistic, depressive, ominous tendency. Some natives assume that if they open up and share their insides they will not be understood or will be hurt. Others do not even have the tools to verbalize their emotions: they understand something that they cannot share. In the end, everything is resolved with a hermetic, enigmatic, dark character.

There is, therefore, in Scorpio a genuine ability to peer into the hiding places of the human soul, a weapon that the sign uses to its advantage. By pulling invisible strings, the archetype gets others to do what he wants. Subtly, behind the scenes, you control the other’s resources. That is why it is affirmed that it is a manipulative and powerful sign.

In any case, if Scorpio controls, if he bullies, if he conspires, it is because he is afraid. It is a sign of fear. The idea of ​​giving in and letting go terrifies him because he fears that others, that life, will take advantage of him, annihilate him.

Passionate, with an overflowing ego, spiteful, extreme … The truth is that the poor have it complicated, because it seems that if it does not hurt – if there is no crisis, if it is not lived to the fullest – it is not worth it. Reckoning for dishonor, revenges served on a cold plate, mournings for life, and crimes of passion are examples of very Scorpio themes. On the other hand, thanks to their fixed emotions, they become trustworthy colleagues and model employees.

Ultimately, how you channel this emotional intensity, as well as how you use your inner power, will determine the quality of your experiences. The sign has several symbols: from the scorpion and the serpent, which crawl through the earth and poison, to the phoenix and the eagle, capable of flying free to unsuspected heights and being reborn from their own ashes.

When you set out for one thing for real, you will outperform all your competitors. They have great will.

They like to delve into everything, they do not like to leave anything by halves, they are persevering and courageous, they have an innate curiosity.

They have great magnetism that gives them a special appeal.

They are intuitive and have the ability to get to the root of problems.

They cannot bear to be contradicted.

Just as he loves with great intensity, he can hate to death.