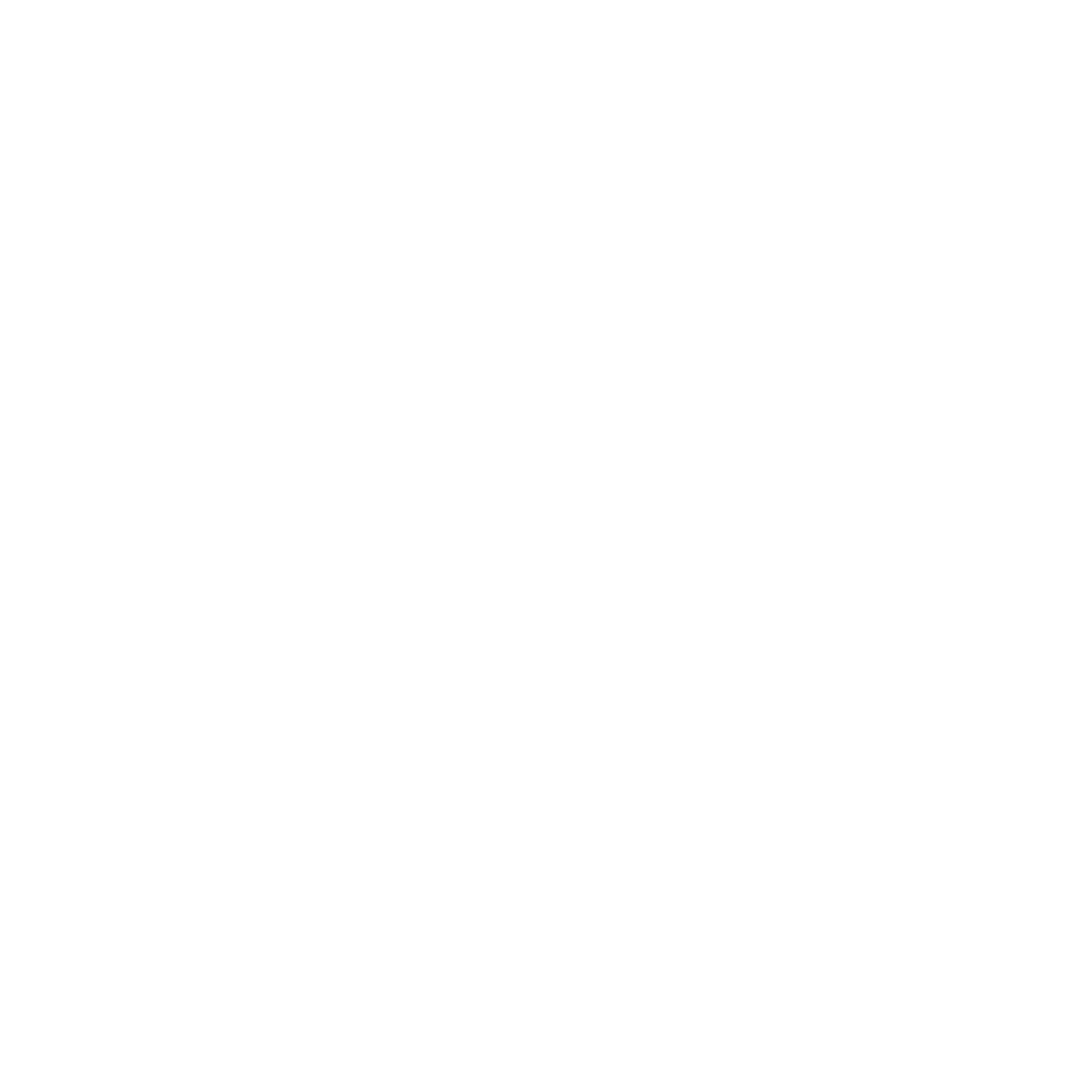 Aries starts on March 21 through April 20.

There is a myth linked to Aries: that of Jason and the Golden Fleece. According to the story, Jason could not rule because his uncle stole the throne from him. His uncle told him that he could only reign again if he found and brought the skin of a winged ram named Chrysomalus. It was a very difficult challenge and his uncle was confident that Jason would die trying. Jason did not think twice and embarked on an adventure. He befriended the Argonauts, led them until they found the Fleece, and finally regained his throne. The skin of that ram – the golden fleece – became the constellation Aries.

From this myth we extract that Aries is born with a potential – the king’s throne – which is nevertheless taken away from him. Normally the figure that represents the usurper of the throne is the father of the native. Often the arian has to go through a period in which he gets on very badly with his father, as if the latter stole, curtailed or imposed his identity. In addition to facing off against the father, he will also need to leave the family nucleus, live his own adventures and dangers, meet friends to lead and finally locate his own Golden Fleece. This myth is repeated endlessly, even if Aries always got along well with the father or later reconciled with him. Thus, a large part of his life will revolve around this very personal struggle: to discover himself, to become, to prevent at all costs others from stealing his autonomy and identity. In fact, it is not that Aries is interested in command, but since he cannot bear to be under the will of others, he ends up placing himself in positions of power.

The ram. In the zodiac you have to establish a starting point, a spark, a lightning bolt, a trigger, a beginning … and that point of the mandala is represented by Aries.

Aries belongs to the triplicity of fire, with cardinal quality and masculine polarity. Fire represents the will, ideals, the need for autonomy and self-assertion. The cardinality of Aries refers us to leadership, initiative and continuous pursuit of goals. From the masculine polarity we infer extroversion, action and more dynamism.

Aries is a very pure, primitive archetype, without nuances or nooks, or hidden intentions. Direct and sincere. Sometimes even naive.

Within the wheel of the zodiac, Pisces precedes it, with its chaos, dissolution, contact with the divine. In the sign of the fish, all forms were lost and we immersed ourselves in the universe of possibilities, a kind of cosmic womb where the soul sleeps peacefully, dreamy and waiting.

To get out of this very pleasant Piscean state, a very abrupt outburst of energy is necessary, like that of a childbirth. And this is the typical vibration of Aries, which is recognized as different from the rest of the possibilities, wakes up violently, goes out and expresses its desire. Hence, these natives have a reputation for being temperamental.

Following the zodiacal wheel, Aries spends time trying to impose his will while his opposite, Libra, struggles seeking balance with the other. Thus, Aries seeks independence and Libra is nobody without a partner, a partner or a better half. In any case, like any sign of fire and despite its brute character, lacking in tact and little given to sentimentality, it is a very romantic idealistic archetype.

The ruler of Aries is Mars, known as the red planet that the ancients considered the lesser malefic for its destructive effects. In Roman mythology, Mars – and its equivalent Ares, from the Greek tradition – represented the god of war. Cruel, imposing and capricious, however, he preserved the spirit and gave the energy and courage necessary to win in battle.

It symbolizes youth, beginnings, spring, morning, initiative, authority, courage and everything that implies force and / or violence. The self, the dictatorship.

Aries represents the beginning of all planetary cycles, and marks a turning point because it is associated with birth.

Aries is primitive in the sense of being the first to do something, rather than in the sense of being crude or crude. It can be somewhat rudimentary because your energy does not yet have a definite intention or application. Your basic drive is to become what you are, but you cannot yet be what you actually could. It is a sign of a lot of will, but with difficulty to stabilize that will, because your intention changes very quickly. So what you want today you may not want tomorrow.

Aries is a masculine principle, it is pure yang energy, so you need to fertilize in some way and leave your mark. In order to find something to fertilize, however, you must learn to adapt to the presence, pressures, and needs of others, which you rarely do. That is why in many cases it is considered quite asocial, or even antisocial.

When interacting with others, he likes to be the leader. But what he is interested in is not really dominating others, but simply doing what he wants without others having to make demands on him.

Since what he wants is to become who he is, he needs little social support to act, which enables him to be the one who sets precedents or the one who breaks ground. As long as others let him act as he wishes, Aries is not overly concerned with validation from others. He acts without fear that his action is unreasonable, practical, prudent, or effective, as long as that action is actually an expression of himself.

Aries is fire and extroverted energy, which explains why it is, for example, a better talker than a listener. They are not usually good at showing affection, although they are when it comes to showing enthusiasm, asserting themselves, or getting angry. However, their anger is usually short-lived, and nurturing resentments is not typical of this sign.

He is very impatient, and lacks persistence and stamina. His style is to deliver light, frequent strikes rather than a steady, sustained attack. However, his energy level can be strong enough to achieve the equivalent of a lot of effort with a single impact.

He has a reluctance to engage in deceptions and falsehoods, because he is interested in being true to himself.

Aries discovers himself while competing against others. He enjoys being the first and loves to challenge himself. He is a very brave, intuitive archetype, with ultra-fast reflexes, contagious enthusiasm and vitality. But he can also be domineering, very violent, reckless, and extremely selfish.

Although his ruler, Mars, gives him an excellent will, perseverance and endurance fail him: he starts everything, he never lacks a goal to pursue, but he has trouble maintaining energy in the long term. His are fast strokes and sprints, but never a marathon.

Spontaneous, direct and childish, sometimes when they express themselves they can screw up a lot and not out of malice. In fact, he is guilty of innocence. It is also said that it is not a sign that holds grudges. Although they get very angry, their anger does not last long.

Aries has to do with beginnings and leadership. Often it coincides with the first-born of the family, the one who comes to open the way between the parents and the rest of the siblings.

It is a sign of youth and as such, fast. He begins things with great impetus. That situation, on more than one occasion, prevents him from winning. If they get to achieve their hopes and succeed, they must do so before the age of 40, that is, in full youth, since after this age they lose a large part of their impetus and they lack the energy to succeed.

It is a sign of initiative, of creation, he always initiates things and never continues those of others. The business is created by him, he is never a continuation of that of his parents.

It is not a sign that he keeps anything to himself, he needs to show everything.

It has very accentuated characteristics of self-affirmation, energy and action.

People of this sign need to carry out their ideas and wishes quickly. They are very impatient.

They are people with great enthusiasm and great faith in themselves, which helps them achieve what they want, even in adverse conditions.

They live intensely in the present.

They have a bright and agile mind, need constant stimulation and are always on the move.

Monotony bores them, they need adventure, surprises, feeling stimulated in all aspects of life both professionally and in life as a couple.

He is very active and violent. Aries rules fights, injuries, surgeries, cuts and punctures, as well as cutting tools. It is characteristic of Aries, to have a scar on the head.

Wanting to be number one in all things and circumstances in life can make you intolerable to the people around you.

Impatience is one of their worst enemies, and sometimes it prevents them from achieving their goals.

Their large amount of misdirected energy can make them nervous and irritable.

Proud, aggressive and inconstant. But just as they get angry, the anger goes away, they are not usually spiteful.