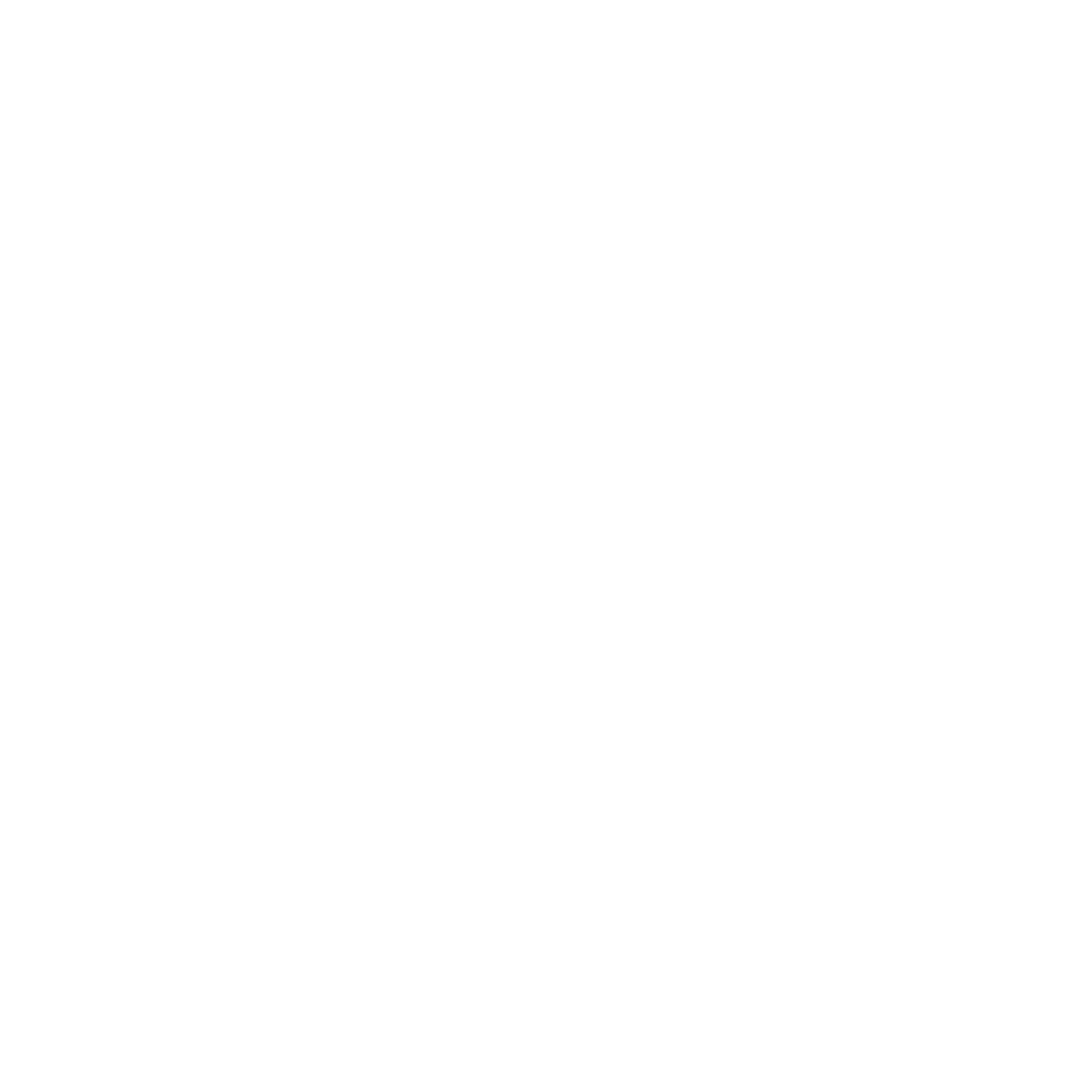 Pisces is one of the oldest signs. In Mesopotamia it was known as a single fish. However, over time it has come to be represented with two fish: each facing opposite sides and joined by a hyphen. There is also another iconography that shows the fish arranged in a kind of circle and connected by the mouth, which evokes the eternal wheel and even the taoist Ying-Yang.

These double representations point to the duality and conflict of the sign that often buries and blocks itself in dilemmas that for the rest of the zodiac are unfounded.

In turn, and due to duality, we are going to find Pisceans who are very sublime, honest and concerned about reaching enlightenment, as well as others incapable of assuming responsibilities, compulsive liars, left adrift or in search of the sun that warms the most.

Along with the rest of the water signs, Pisces is quintessential artistic and creative. Through his rich fantasy, from his internal world, he is able to tune in with the collective unconscious or with what in Egyptian mythology was known as the Sea of ​​Nuu: that first abstract substance, the chaotic element that contains the potential of life. Of inexhaustible inspiration, whether with a painting, a song, a story, a movie, a plate of food … it is capable of moving us and making us vibrate in an intangible and mysterious part of the body that the rest of the zodiac usually does not have access to.

In his longing for unity, he represents divine empathy, that is, the ability to identify with others and, of course, to suffer for the pain of others, hence his strong social conscience. At its best, this sign is humble, caring, and compassionate in nature, capable of sacrificing its will for others. However, he has to take care of yourself and not be gullible because otherwise he will suffer many deceptions and disappointments throughout his life.

With Pisces the cycle is completed: the archetypical individual has reached the final phase of his evolution. In reality, it is not that it is weak, dull or lacking in energy, but rather that it symbolizes the most difficult stage of human evolution, the transcendence of the self.

In this way, the process started in Aquarius continues, but in another way. Whereas Aquarius presents itself immersed in a social group, which can sometimes result in a conceited ego masquerading as humble and using social service as a covert way of accomplishing something, in Pisces the ego is not subordinate to the social group but the universe itself. The ego born, evolved, completed and socialized throughout the previous signs, now surrenders to something higher. In the language of mysticism, Pisces symbolizes the surrender of the soul to God. However, this is something that very few achieve. It is actually a very difficult thing to do halfway through, and incomplete self-giving can lead to disaster.

On the other hand, Pisces symbolizes both the end and the beginning. It is the last phase of a cycle that in Aries begins again from a higher level of consciousness (when we enter spring, and we enter Aries, we do it with a greater perspective, since we have one more year). Therefore, it can represent the step prior to the birth of a new being, and therefore it can be considered both the state of consciousness that precedes the ego and the one that follows it.

As we have commented previously, the symbol of Pisces are two fish that swim in opposite directions, so it can be considered dual in nature, such as Gemini or Sagittarius. In it we can find the advanced type (as the final stage in the archetypical evolution of the ego) or the primitive type (as the stage prior to a new beginning in Aries). In neither type is there a strong need to assert yourself or to be something in particular. Both guys are very responsive. This can make the primitive type tend to passivity or inaction, to an attitude of victim because the native is unwilling to take responsibility. In the advanced type, on the other hand, there may be a desire to know the truth on a deep spiritual level, and even to sacrifice for it, which results in the martyr, something very different from the victim.

The advanced type usually has the ability to contact alternative realities, to see aspects of the human being that other people consider impossible. The primitive type can also access this type of vision, but it tends to get more stuck in the confusion that such contemplation produces. However, both types possess a high psychic ability, capable of appreciating sensations and impressions in people that most cannot see. When these sensations or energies are very negative, he tends to weaken itself, as if he were contaminated with so much energy from the environment. Such is the level of empathy with others, even from the environments that surround them, that they carry all negative energy from outside, leaving them with strong emotional or physical weakness.

Pisces tends to feel trapped in a world where they are not yet fully willing to enter, so the primitive type is likely to seek refuge in fantasy, but even the advanced type usually takes refuge in a private world that very few have access. This distancing is really the result of his hypersensitivity.

Within the wheel, Pisces occupies nothing more and nothing less than the last place in the zodiac. It is a relative position, since the wheel is eternal, it never stops. But in any case, it is considered a sign of the end, of dissolution, of preparation to start again.

While with Aquarius – the previous archetype – the individual ignores the rules, anarchy reigns and personal desires are subordinated for the good of the collective, in Pisces the remains of structures that exploded through the air are disseminating, melting, mixing. The weak edges are lost and the being is no longer subordinated to the collective but to the total unity, to the universe, to the god that corresponds to it. In fact, a phrase that defines him well is: I am one with everything.

Pisces is capable of sensing that there is a primal origin or destiny, a place from which we all come, to which we all return and in which we are all one. Therefore, a good part of their experiences are marked by the need to recreate this universal fusion. You need to connect with the other. He needs to transcend this earthiness that surrounds us.

To do this, he resorts to music, dance, cinema, fantasy or creativity. It may happen that he needs alcohol, medicine, or he sublimates his desire through sacred love, sacrifice, and mysticism. In this innate quest, he can move from spirituality and compassion to addiction and dependency issues.

Opposite from Pisces on the wheel we have Virgo. Virgo is an earth sign that represents optimization, pragmatism, discriminatory thinking, organized compartmentalization, reasoning, work, medicine, and service. On the contrary, Pisces, speaks to us of chaos, confusion, doubt, intuition, laziness, imagination, escapism, the irrational, the “mediumistic”, the parallel worlds, the disease and the service, in the latter they agree. Both Virgo and Pisces are signs that carry karmic weight, and it is their turn, in one way or another, to collaborate and assist others. Virgo represents the doctor and Pisces the nun or the nurse. Both of them are able to offer selfless help, no matter who it is.

Pisces has two ruling planets. The traditional ruler is Jupiter who grants the fish a certain fortune, enjoyment, spirituality and need for expansion and travel. If Sagittarius rides the prairies, Pisces rides the oceans. And if Sagittarius expands outward, Pisces does so within its inner world. Neptune constitutes its modern ruler, the Roman god of the waters and seas. Neptune was the older brother of Zeus and had a somewhat unstable character. When angry, he could create chaos, between storms, tidal waves and tsunamis.

Pisces is a water sign, feminine and mutable. Therefore, it is an archetype that interacts with the environment through emotions, feelings. In Cancer, water is born and flows like a river; in Scorpio it stagnates giving rise to swamps and sulfuric waters. Pisces, meanwhile, symbolizes the seas and oceans.

The ocean, vast, mysterious, that occupies most of the Earth’s surface and in whose depths, beautiful creatures and other strange, almost extraterrestrial, coexist. All waters go to it.

All this refers us to the greatness of Pisces, its unfathomable vastness and its receptive capacity. Pisces includes, receives, is depositor and opens to the other like no other sign. His extreme sensitivity allows him to capture the energies and moods of the situations and people he encounters. But sometimes – or often – it gets too loaded. It becomes contaminated. He carries the problems of others on his back or loses himself in the opinions and desires of others. Like an all-absorbing psychic sponge.

As it is mutable, in addition, the sign adapts, avoids confrontation, “dualizes” and camouflages. In fact, it can be very difficult to recognize it, depending on the environment that surrounds it, it reacts in one way or another.

They need to have their space to be able to escape.

They have great creativity and great artistic sensitivity.

They are kind and helpful people.

The difficulties of life affect them calmly without stressing themselves too much.

They care about others and if they can help them, they are attentive and delicate.

They understand the unfortunate, misfits, and failures.

In general, we can say that they are: humble, sensitive, kind, romantic, imaginative, committed, with great capacity for sacrifice and renunciation.

They can be people who get affected by everything a lot. They are hypersensitive.

They are idle, passive, influenceable, and indolent. They tend to escapism, which can lead to drug use.

They lack realistic and practical sense.