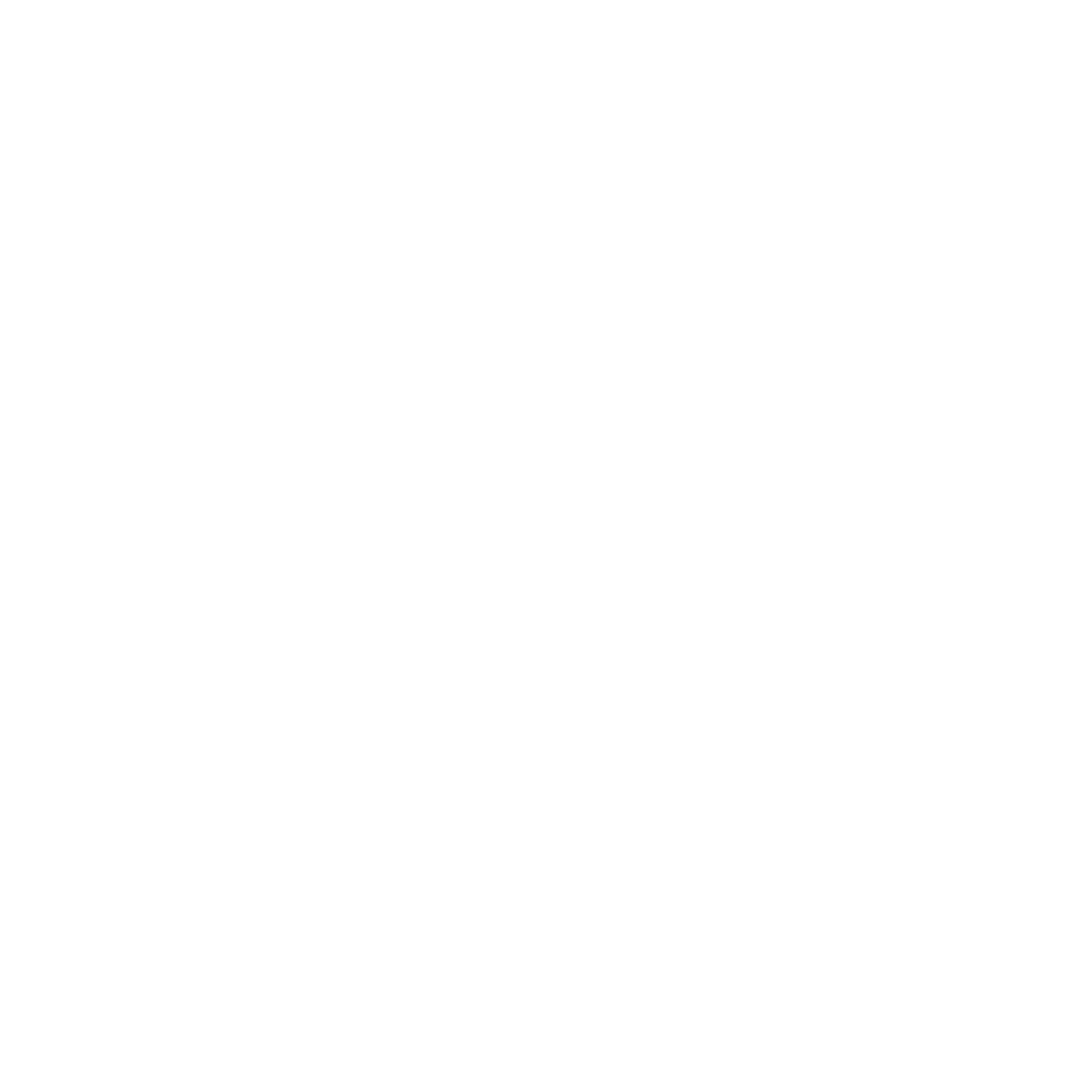 Myth linked to Anubis and, above all, to Maat, the Egyptian goddess of justice. Both were in charge of evaluating the fate of the dead and they did it with the help of a scale. In one of the dishes they placed the heart of the dead and in the other the pen of Maat or Pen of Truth: if the scale was balanced, the individual had acted correctly; if not, he had done something wrong and, therefore, he had to pay for its consequences.

Libra is a sign closely linked to the laws, as well as their compliance and consequences. It is a fair sign: abuse, abuses and partiality hurt him. Not only that, he understands that each action carries a consequence and that is why they meditate and doubt.

From Libra, the individual begins to relate to the social reality that transcends him and to integrate with it. This new cycle begins, then, in the sign of the balance, where the individual faces the simplest of interpersonal relationships, the intimate confrontation of two people, and ends in Pisces, where the subject, once it has been integrated socially, it seeks mystical unity with the universe. Life is made up of successive stages, and it is not possible to access the mystical and spiritual vision of life (Pisces) without having first consolidated an ego (Leo) or having learned the duties and responsibilities of a two-person relationship (Libra).

Libra is the first sign in which the individual first accommodates another in a person-to-person relationship, but it is also a sign of aesthetic evolution, with a strong love for beauty and harmony. On the other hand, he is not as immature with respect to social integration as Aries can be with regard to the formation of the individual. It must be remembered that Aries is the first fire sign, while Libra is the second air sign, after Gemini. Libra is very good at dealing with others and has a great understanding of the art of getting along well, and is often able to get away with it while giving the impression of giving in. He is a master of the art of taking initiative in such a way that others do not realize that someone has done it.

In the zodiacal mandala, prior to him, we discover Virgo, a cautious, reserved, intelligent sign that is coupled to a greater system than the one it serves. With Libra we go one step further and enter the world of relationships. It already represents a developed being, who knows the ego and its limitations; the value of family, the importance of work. But above all it represents being prepared to associate.

It is still better understood if we analyze its opposite, Aries. The ram represents the ego, the self. Always following his desire, continually wondering what he wants with a very inconsiderate naturalness to his surroundings. Therefore, Libra symbolizes the other. And although, of course, he also follows his desire, as we said, he is subordinate to the other and this sign is already mature enough to understand that we live incomplete and we need others if we want to be happy.

Libra is an air sign, masculine and cardinal. However, it is true that it usually takes effort to admit the existence of a relationship that is beyond the one established between two people. They tend to see things as polarity: me versus you, us versus them. And many times, the “opposite” can be substituted for the “together with.” The central idea is that Libra cannot be conceived in a vacuum, because it needs another to complete itself. This does not mean that there has to be submission; Many times, he is the dominant one in the relationship, because Libra’s learning is equality.

Libra always needs to establish an intimate relationship, and as soon as one is over, another must begin. People of this sign are usually skilled in professions where person-to-person contact or counseling are basic, such as law or psychology, although other aspects of the chart are needed to clarify all this.

He is very interested in art and beauty. This taste for beauty can cause them to fail to appreciate the stormy, the intensely personal, the dramatic or the emotional if these characteristics take precedence over beauty. As an air sign, he can pay only attention to beauty, the packaging, because it is difficult for him to enter into the intense and deep feelings, and this happens not only with art but with life in general.

Air signs feel comfortable in the universe of ideas: theories, abstractions, need to socialize, exchange thoughts and stimulate themselves intellectually in a detached and objective way, air signs are cold and rational in nature. And although Libra will be able to lose himself to one or more lovers, he will also act with a lot of irony, sharp as a sword, and will end a relationship if, after much reflection, he estimates it. Of course, he will immediately resume a new search for the other.

Besides, as a cardinal and masculine sign, it enjoys its power. It does not have the Gemini flexibility or anarchic improvisation of Aquarius, the other air signs. He is a strategist and likes to command or, to qualify it a bit, he needs to impose his will. What happens is that his will depends on a pact, an agreement with the other. Thus, Librans are excellent mediators, diplomats and experts in getting their way without anyone protesting or feeling hurt.

Thus, he is a native of pleasant manners, refined aesthetic sense and a hedonistic point. But he does not have the primitive “enjoyment” character of Taurus – with whom he shares Venus as ruler. Rather than the senses, Libra bases its enjoyment on abstract concepts: Taurus can go to a neighborhood bar where they serve a delicious and nutritious stew. Libra is a bit more pedantic or snobbish and prefers a themed restaurant with a jazz band and a well presented and conceptual food.

Of course, due to his rulership, he invests a lot of energy in love affairs but here he also differs from Taurus: his ideal of a partner is not possessive or passionate, but obeys – or aspires to obey – principles of equity.

In addition, as Venus is connected with the energy of money, we find in Libra a shopaholic with difficulties in saving.

In any case, he will tend to interpret the world as a dance between complements, where every being is incomplete by itself. Always looking for a partner or, in other words, looking for a way to complete oneself through others.

Of course, the zodiac gives him a lot of qualities for his task: thus, Libras are very pleasant, witty, understandable, cordial; they know how to listen and, above all, to seduce. Note that this archetype immediately captures the values ​​and needs of the other; moreover, he modifies his behavior to be able to please others, which is why he is sometimes branded as frivolous, false, opportunistic and a little intriguing. And there is some truth in these adjectives, because he is nobody’s fool.

Libra lives debating, socializing, studying different points of view in order to form an objective and balanced opinion on any matter. He hates extremes and aspires to the middle road, a very complicated route since, if he opts for any option, he automatically invalidates the rest.

Often, he freezes, endlessly delays important decision making. And as a good scale, where everything that rises, falls, he goes through tremendous ups and downs, active periods of optimism with stages of sadness and neglect. One day he goes through the roof and conquers the world and the next he is the most disheartened sign in the world.

Thanks to his impartiality and empathy towards all points of view, Libra is considered not only a sign of justice; it is also the sign of peace. He is the arbitrator of the zodiac, the great conciliator, the host capable of bringing together two opposing parties in his house and getting them to reach an agreement. In his eagerness to sow peace and harmony, he can become very warrior.

Libra needs to surround itself with ideas, with people, with beautiful objects and, in some way, it is a sign closely linked to appearances that prefers not to face its darkest emotions. He will avoid the issue. He will smile and pretend not to have noticed anything. Thus, oblivious to their own internal patterns, they will repeat the same story over and over with different partners and partners. And again.

The main characteristic of this type is the balance point of the scale. It is the balance accompanied by the reflection that with good aspects represents the equality of weight, but if afflicted, it is the unevenness that can manifest so much by excess or by default, a lot of or little reflection.

It is a very important point since it can give people who, after reflecting on the issues before taking action, remain in this position of reflection without advancing or carrying out what is proposed.

Sign of great refinement. It is typical of elegance and aesthetics, they are elegant people in themselves, they do not need ornamentation or jewelry to stand out for their elegance. Simplicity is your best weapon.

Hugely sociable. Indicates society and sociability. The society or association is part of his own person, to such an extent that many times they are totally inoperative, since he does not conceive of life without these ties of union. For a Libra woman one of her biggest failures is staying single.

They are nice and thoughtful people, they love to give advice.

In society they need people and the environment.

A characteristic of this sign is the spontaneous idea and the speed of execution to then continue as if nothing had happened.

In general, we can say that they are: balanced, fair, delicate, sociable, diplomatic, refined, with artistic taste, affectionate, thoughtful and with pacifying and associative tendencies.

They may have extreme tendencies, they are bothered by a poorly hung painting, the bricks of a room count.

As they tend to value and weigh everything, sometimes it happens that when they have already decided the opportunity has already passed them. They are not good for quick responses or unpredictable situations.