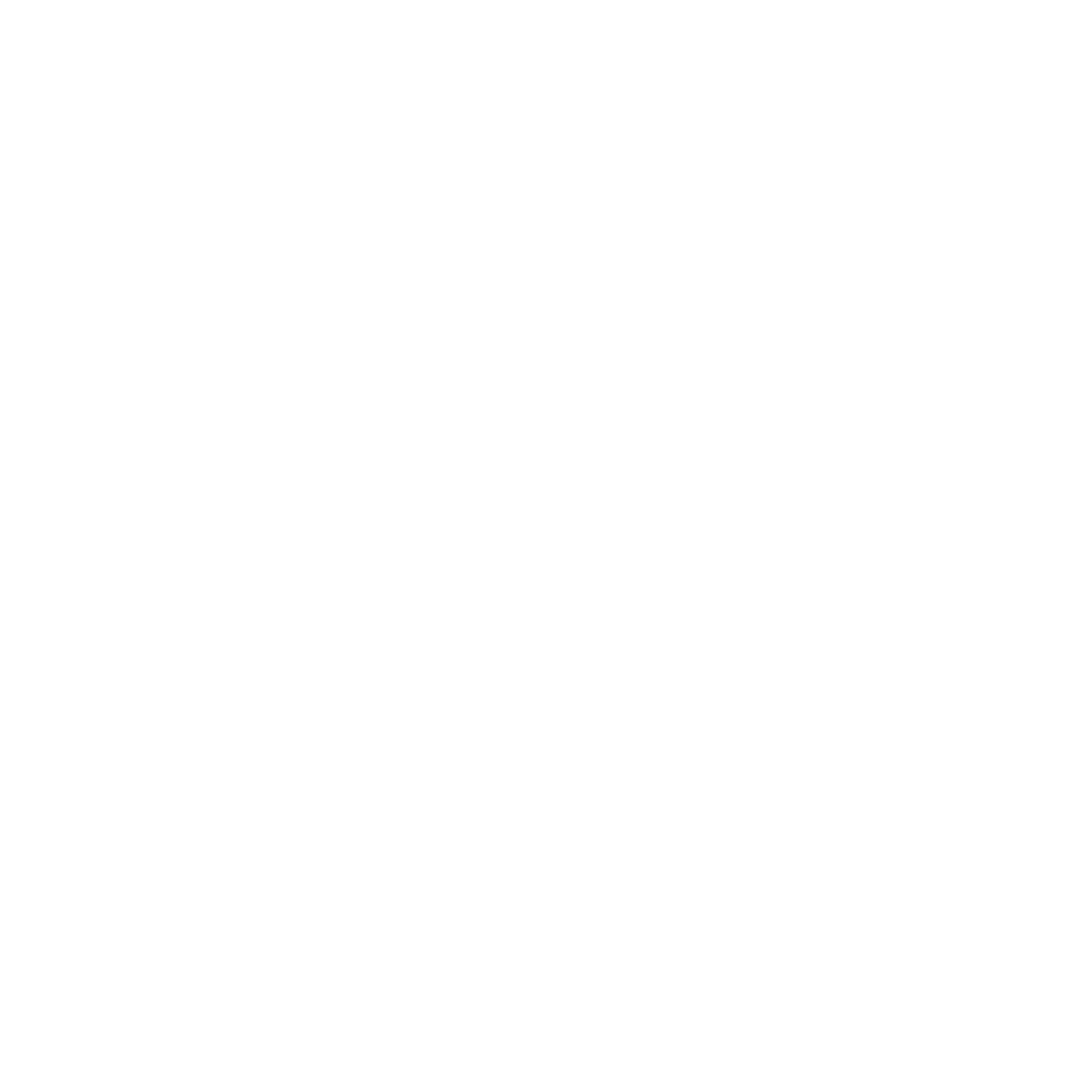 Gemini starts May 21 through June 21.

To understand the sign we can turn to the myth of Mercury, its ruling planet. According to Roman mythology, Mercury – the Hermes of the Greeks – was the son of Jupiter and a messenger of the gods. Always running from one place to another and exchanging information.

Tradition tells that, on the day of his birth, Mercury escaped from his mother’s arms and ended up in the neighboring town. There he stole the calves that his brother Apollo herded. Then, using the shell of a tortoise, he invented the lyre, gave it to his brother, and they made amends.

The myth tells us of a precocious archetype, in need of freedom, playful, inventive, in contact with his brothers and neighbours and a bit of a rogue – in fact, Mercury was the patron of thieves and liars. And, despite being watched, he amused himself by playing jokes and stealing: Neptune’s trident, Venus’s belt, Vulcan’s tools …

In addition to being the messenger of the gods, Mercury was also in charge of leading the souls of the bodies to hell and bringing them, when appropriate, back to the world. A kind of amorality of the Gemini archetype, capable of moving through infinite environments without judgment, doing his job and taking advantage of any situation. Gemini is very smart, his typical phrase could be: As I’m on my way, I take the opportunity and …

We have another very important myth about Gemini that gives complexity to the archetype and refers us to duality. History tells us that Castor and Pollux were twins born from two eggs along with another pair of twins. They loved each other very much and were never separated from each other. Like any mythological hero, they ran a lot of adventures, including rescuing a sister.

Pollux was immortal, but Castor was not, and he was ultimately killed by a love affair. Desperate, Pollux begged Zeus to bring his brother back to life or deprive him of his immortality instead. Zeus opted for a curious solution: he resurrected Castor and sent Pollux to hell; Furthermore, it allowed both of them to alternately change kingdoms. Thus, when Pollux returned to earth, his brother Castor had to go down to hell. What Zeus managed to do was satisfy both proposals of the request.

Thus, the native of Gemini is called to live experiences in pairs, which always place him at crossroads: A or B? Meat or fish? Beach or mountain? Two job offers arrive, he receives two proposals for a night out, falls in love with two people, or gives birth to twins.

Gemini is the most mutable of all mutable signs, because mutability is inherent in air. Like the wind, its nature is to move very quickly from one place to another, encompassing everything it encounters, but not stopping too long to get a deep impression of something. Gemini is the sign that precedes Cancer, the first water sign, and therefore is not yet aware that there are many aspects of reality that are beyond any rational or logical analysis. It is a sign that understands things very quickly, but it is difficult for him to understand them empathically.

Gemini makes up for all of this with a mixture of speed and curiosity. He is a very sociable sign and loves being around people. His energy level is usually high and capable of stimulating those around him, but it is never too high to leave those with a slower temperament exhausted. He can make even the most trivial of social encounters very interesting, but he tends to resist when it comes to deeper connections. This sign considers intense attachment to be limiting and feels that this type of contact interferes with their need to roam unhindered in search of experience.

Being mutable, Geminis, like the wind, tends to skirt around obstacles rather than face them head-on. If it is under too much pressure, it will just change. Coherence and consistency can be difficult for this sign, which quickly loses interest in things.

It is a sign that enjoys games and tricks. He loves card games and mentally oriented board games; he also likes games in the sense of complicated social maneuvers. His tricks are not intended to harm, deceive, or misrepresent, for they are a mind game he indulges in. However, his lack of empathy and true understanding of feelings can cause him to hurt others without the slightest intention of doing so.

If we look at the zodiacal wheel, the leap between Taurus and Gemini is big. We went from the most stable sign of the horoscope to the most restless. Notice that Taurus represented the stage of the baby in which the senses are awaken: the child enjoys flavours, smells, caresses and cuddles. In Gemini, the baby is already a child of three or four years: he runs from one place to another, explores, plays, comes into contact with more children and asks, especially asks. In fact, that’s how life goes for a Gemini: running, playing games, moving things around and collecting data.

Opposite from Gemini in the horoscope we find Sagittarius. The sign of the archer refers us to synthetic and intuitive thinking, university studies, philosophy and long trips. Gemini, meanwhile, refers to analytical thinking, logic, and reasoning. It is related to elementary school, not the deepest studies – hence his fondness for short courses – and information that is quick to digest. Also with short trips. If Sagittarius is a teacher, Gemini represents the eternal student.

Sagittarius, as a somewhat religious archetype, spends time embarked on an eternal search for Truth (its truth), where ethics and principles play a key aspect. Gemini, on the other hand, is quite amoral: ethical implications do not interest him since for him all truths can be valid. It’s not that Geminis is acting with the intention of hurting us; not at all: after all, he just wants to play.

Gemini is an air sign, masculine polarity and mutable quality. Air is a thinking, intellectual energy, hooked on the world of ideas and theories and in need of freedom to socialize and exchange its thoughts.

As a male sign, in addition, it acts and goes out in search of the other. In fact, it cannot stand still, and this is mainly due to its mutability. We therefore have a very flexible, versatile, agile and fast sign (perhaps the fastest in the zodiac). Also distracted, undisciplined, superficial and very nervous.

Thanks to his spark and with this basic need to intellectually experience the plurality of life, Geminis manages to experience all possible options. That is why it is the sign of multitasking, capable of doing several things at the same time and even looking like it is in several places at the same time.

Of course, tricks don’t always work for him: he gets into a big tight spot sometimes, but he often gets away with it. In any case, he is not interested in feeling guilty. Nor is he used to holding a grudge.

This does not mean that he does not racks his brain. He does and a lot – it belongs to the air element. Thus, from time to time and for no apparent reason, he enters in fleeting depressive periods from which he leaves alone. In addition, it is a very indecisive sign: doubt wears him down.

The presence and influence of a sibling is essential to understanding Gemini. At times, the relationship is subjugated and idolatrous: then, he fills his brother with honors, his brother is the good, the smart, the intelligent, the winner, and he assumes a secondary role that can lead to envy and rivalry. In other occasions, he has a conflictive brother – due to crime, drugs, illness or mental problems – whom he hates, who takes away his autonomy or for whom he must take responsibility. Either way, the brother – the other – will always represent a hidden and opposite side of the Gemini native and will force him into deep contact with his emotions.

And it doesn’t matter if the person has no siblings: similar experiences will come up through cousins, neighbors, work colleagues, or friends. In short, with anyone with whom he establishes this Gemini bond.

We already mentioned before that Gemini represents the eternal student. He maintains a keen interest in any type of information: he wants to know everything, without going too deep. And not only that: he also needs to share it. That is why it is one of the most talented signs with the word, whether written or spoken.

As a messenger of the gods, Gemini represents the great communicator. He is a writer, translator, journalist, radio host, monologue artist, chatter and gossip. It also refers to the person who moves data, people or objects: the taxi driver, truck driver, delivery man, postman and merchant.

Geminis are bored with routine. Either he is stimulated intellectually, or he goes elsewhere and so on. He needs variety.

He has a great facility for words. They are highly communicative and intelligent people capable to engage in several activities at the same time. He is a lover of changes, travel and has a great intellectual curiosity.

They have a great mental capacity and above all they are characterized by adaptability, versatility and constant changes.

He is a great master of dialogue and capable of selling any object, idea …

They are restless by nature, they always want to learn and for them there are a million things that are always of interest to them.

They have great manual skills.

In general we can say that they are: variable and adaptable, versatile, intellectual, logical, ingenious, imaginative and inspired, ambitious, spontaneous, friendly, talkative and fun, with a traveling spirit, curious, communicative, idealistic, innovative.

They are often impatient and indecisive.

Their mental ability and resourcefulness coupled with the ability to turn situations around mean that they can sometimes be false, dishonest, tricksters and con artists.

They tend to spread out and can be superficial.

They love to create controversy and participate in debates and discussions.

Gemini is a sign where doubt and intermittence are evident, and it is typical of the person who feels insecure. The issues tend to lack foundation and he goes into duplicity of situations. What we would commonly call “swim between two waters”.

In general we can say that those born under this sign are: variable, superficial, impulsive, impatient, inquisitive, restless, nervous, irritable, impractical and fickle.